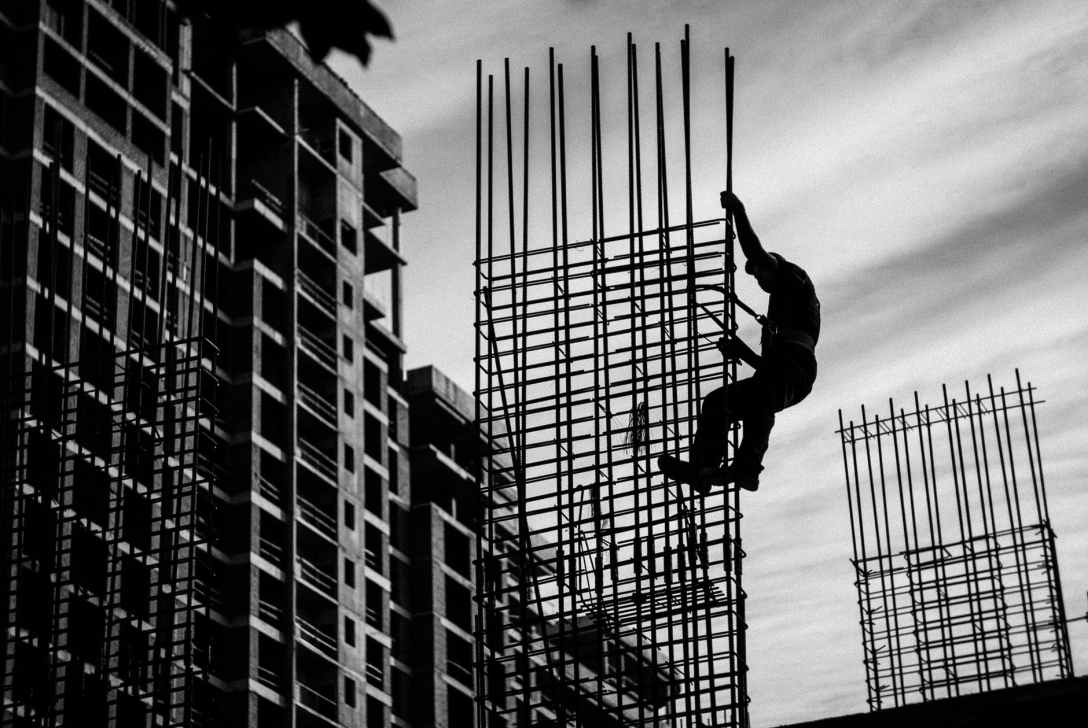 If you haven’t tried it already, download VSCode and get the twinBASIC extension, and be part of the next stage of the Visual Basic revolution. When it goes live (it’s still in preview, and vigorously maintained), twinBASIC will compile 100% VB6/VBA compatible code and completely redefine how VB6 and VBA solutions will be maintained and extended in the foreseeable future.

Among the many mind-blowing language-level enhancements twinBASIC brings to the table, are actual constructors – something Visual Basic developers that haven’t made the leap to VB.NET have only been able to simulate with factory methods.

Object Construction As We Know It

When we create a new instance of a class in VBA like this:

Several things appear to happen all at once, but in reality there’s a very specific sequence of events that unfolds when this Set assignment instruction is evaluated:

Classes in VBA/VB6 don’t really have a constructor – there’s this Class_Initialize handler where it’s appropriate to initialize private instance state, but it’s essentially a callback invoked from the actual “base class” constructor which is for a COM object and thus, without any parameters.

Classes in VBA/VB6 have a hidden VB_PredeclaredId attribute that is False by default, but that can be set to True (either manually, or using Rubberduck’s @PredeclaredId annotation). Document modules like ThisWorkbook and Sheet1, but also UserForm modules, have that hidden attribute set to True.

If you handle Class_Initialize in a class that has VB_PredeclaredId set to True, you’ll notice the handler is invoked the first time the class name is used as an object in code, i.e. just before the first reference to it. And if you handle Class_Terminate too, you’ll find the default instance gets destroyed as soon as it’s no longer needed (i.e. when nothing in-scope references it anymore).

We could treat default instances like global objects – that’s what they are. But globals and OOP don’t quite go hand-in-hand, for many reasons; there’s something icky about having magical implicit global objects spawned from the language runtime itself. However, if we treat this default instance as we would a type, then we can consider the members of a class’ default interface as members that belong to the type, and then we can define an explicit, separate interface that the class can implement to expose its actual intended instance functionality.

In many languages, members that belong to a type (rather than an instance of that type) are called “static”. In C# the static keyword is used for this, but in VBA/VB6 the Static keyword has a different meaning and there isn’t really anything “static” in Visual Basic. In .NET type-level members are identified with the Shared keyword, which was reserved in VB6 but never implemented. twinBASIC might end up changing that.

So by treating the default instance of a VBA/VB6 class as we would a static class (i.e. keeping the default instance stateless, that is, we don’t allow it to hold any state/variables), we can still adhere to OOP principles while leveraging language features that let us simulate static behavior, chiefly so by exposing factory methods that effectively simulate parameterized constructors – here for our Something example class module, with an added SomeProperty value being property-injected:

The ISomething interface is only exposing SomeProperty with a Property Get accessor, which makes it read-only. That’s great when the code is written against ISomething, but then several things feel wrong:

With twinBASIC we get actual constructors, that can be parameterized (for classes we’re not making visible to COM clients, like VBA or VB6). A constructor is a special procedure named New (like the operator) whose sole purpose is to initialize the state of an object, so that the client code creating the object receives a fully-initialized object: the very same purpose as a default instance factory method.

We don’t need default instance factory methods in twinBASIC because we get to define actual constructors. This has several interesting and snowballing implications we’ll go over in a moment, but first we need to establish certain things about what constructors should and generally shouldn’t do.

…they expect to have simply instantiated a new DbConnection object – nothing less, nothing more. If merely creating an instance of an object can raise a run-time error because some network cable is unplugged, we’re looking at the consequences of having a badly side-effecting constructor.

Inline initialization notice the initial assignment is on the same line as the declaration? This syntax is legal in VB.NET, and twinBASIC adopted it as well. In VBA/VB6, we must separate the declaration (Dim) from the instruction performing the instantiation and assignment.

When we create a New object, we expect a new object to get created, and we expect that to be a very boring thing: it wouldn’t even occur to us that there’s the slightest chance anything could possibly go wrong with just spawning a new instance of a class.

That is why constructors should adhere as much as possible to the KISS principle: Keep It Stupid Simple. If something more complicated than creating objects and setting their properties happens in a constructor, consider refactoring it so that the actual work is triggered after the object is constructed.

The constructor is operating on the instance that’s in the process of being created. This makes them much simpler to reason about and to implement than, say, a Create factory method on the default interface of the class, because now we have access to the internal state of the object we’re constructing.

The implication of this, is that we no longer need to expose any Property Let mutators to property-inject the parameter values; instead we can now do constructor injection and directly assign the private fields, without needing to pollute the class’ default interface with members we don’t need.

Since we’re no longer polluting the class’ default interface with members we don’t need, we don’t have to extract an explicit interface to hide them anymore. And since constructors are invoked using the New operator, there’s no need to have a predeclared default instance of the class for a Create method to be accessible to the calling code.

Let’s see how tremendously twinBASIC constructors change everything, by contrasting a simple scenario in Classic VB with the same identical scenario in twinBASIC.

Here’s an example of how I’d write a class named Example, simulating a parameterized constructor:

The x variable could legally be cast to an Example, and then x.Value = 10 would be legal too. But we code against abstract interfaces so we get IExample.Value1 and IExample.Value2 as get-only properties, and that’s the standard pattern I’ve now been using for several years in classic VB, to perform dependency injection and initialize objects with properties before they’re returned to the code that consumes them.

It works pretty nicely, with relatively few caveats (like casting to concrete /default interface being allowed, or Example.Value1 = 42 making the default instance stateful unless we actively guard against it) but it’s robust enough and makes a rather clean API that’s very suitable for OOP and testable code.

Rubberduck has tooling that makes writing most of this code pretty much entirely automatic, but at the end of the day it’s still quite a lot of code – and the only reason we need it is because we can’t parameterize an actual constructor.

What if we could though?

The legacy-VB example above should compile just fine and work identically in twinBASIC, but the language offers new opportunities and it would be silly to ignore them. Now a twinBASIC executable doesn’t necessarily have the same concerns as a twinBASIC ActiveX DLL; in a standalone .exe project we can do anything we want, but if we’re making a library that’s intended to be used by legacy VB code we have to keep our intended COM-based client in mind.

COM clients (like VBA) don’t support parameterized constructors, so public/exposed classes (with VB_Exposed attribute set to True) should define a parameterless constructor. Either the legacy way, with a Class_Initialize handler:

Or the twinBASIC way with an explicit, parameterless constructor:

Similar to VB.NET, a constructor in twinBASIC is a Sub procedure named New in a class module. Ideally you want your constructor near the top of the module, as the first member of the class. Not for any technical reason really, but instinctively that’s where you expect a constructor to be.

In twinBASIC, I’d write the above Example clas like this – note the absence of an IExample interface:

And it would have the exact same compile-time restrictions as the code written against the read-only IExample VBA/VB6 interface, only now thanks to parameterized construction we get to constructor-inject values and make the default interface of the Example class read-only, as we intended all along.

With twinBASIC we can still implement interfaces, but here an IExample get-only interface would be redundant. In a sense that brings most useful interfaces in twinBASIC closer to “pure” abstract interfaces, the kind that gets implemented by multiple classes: it would be suspicious to see a Thing class implement an IThing interface, for example, whereas in VBA/VB6 IThing would be an interface to work with a Thing instance when Thing is only used as a type as in myThing = Thing.Create(42).

That works, but then it’s not ideal because it induces temporal coupling in the client code: the caller must remember to set the ConnectionString property before they invoke the Open method.

In VBA/VB6 we can also do method injection by taking dependencies in as Sub or Function parameters. To stick with the ConnectionString example, method injection would be the Open method taking the connection string as a parameter:

That’s much better: it’s now impossible for the calling code to “forget” to supply a connection string. The Property Let ConnectionString member becomes somewhat of a wart, and should be removed.

Now method injection is great for something like a connection string and nothing needs it other than an Open method. If many members of a class seem to need the same parameters, there’s a good chance we can remove that parameter from all these members by promoting the dependency to instance level. In VBA/VB6 that would have to be through property injection. Say you have a class and many of its members require a Connection parameter: ask yourself whether it would make sense for that Connection to be a dependency of the class rather than a dependency of each one of its methods.

With twinBASIC we can now do constructor injection, and create objects that are valid as soon as they come into existence:

If a Connection class takes a ByVal ConnectionString As String constructor argument, then the constructor can store that string in Private instance state, and we only need to expose a ConnectionString property (which would be get-only) if we have a reason to do so. The object is immediately usable, and there’s no temporal coupling anymore.

Eventually, twinBASIC could support ReadOnly modifiers for instance fields, that could enforce and guarantee immutability: the role of a constructor then boils down to assigning all the ReadOnly private instance fields.

By writing classes that take their instance-level dependencies as constructor arguments, we throw consumers of these classes into a pit of success where doing things wrong is much harder than doing them correctly – and that is the single best reason to leverage constructors when we can.